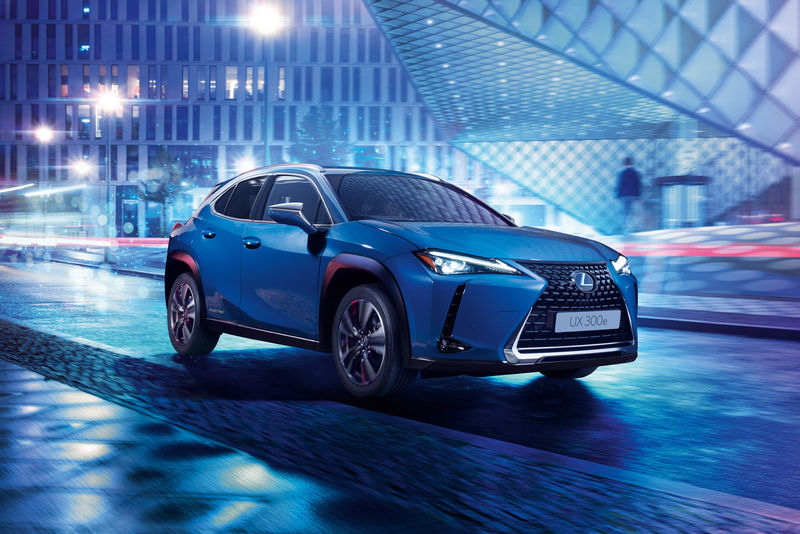 Daniel Johnson — November 25, 2019 — Autos
References: media.lexus & engadget
Lexus recently revealed its ‘UX 300e,’ which will be the first production electric vehicle released by the company. It was also announced that the electric vehicle will be released in China in 2020, and then in Europe by 2021. The company has not indicated if, or when, the car will be available in US markets.

The car is powered by a 201HP front motor, as well as a 54.3kWh battery. The company stated that the EV will have a maximum range of 250 miles and wheels that were designed for aerodynamics. Lexus also created an artificial sound for the car, which could help pedestrians be aware of the vehicle as it approaches.