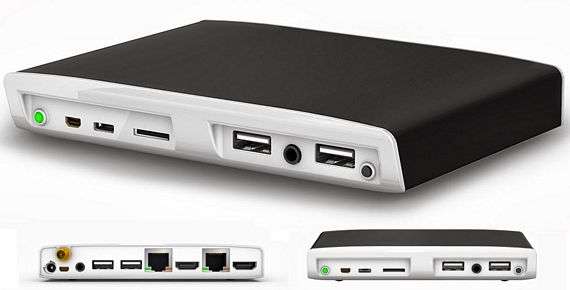 The Utilite is Mighty but No Bigger Than a Wireless Router

Michael Hemsworth — July 24, 2013 — Tech
References: utilite-computer & coolthings
At first glance, the Utilite computer looks like nothing more than a wireless router, but inside the tiny frame is a richly featured PC that will be able to serve users with a high level of processing power. Starting at just $99, the Utilite is an ARM-based computer that can be fitted with an A9 Cortex processor with a single, double or quad core to give the maximum amount of power required.

A 512GB solid-state drive and 4GB of RAM means that the Utilite is ready to roll, but that's not all; the exterior features all the ports a modern user will need including four USB slots, one microUSB and a microSD card capable of supporting up to a 128GB card. Match that with Wifi and Bluetooth 3.0 capabilities and the Utilite will give standard desktops a run for their money.
4.4
Score
Popularity
Activity
Freshness