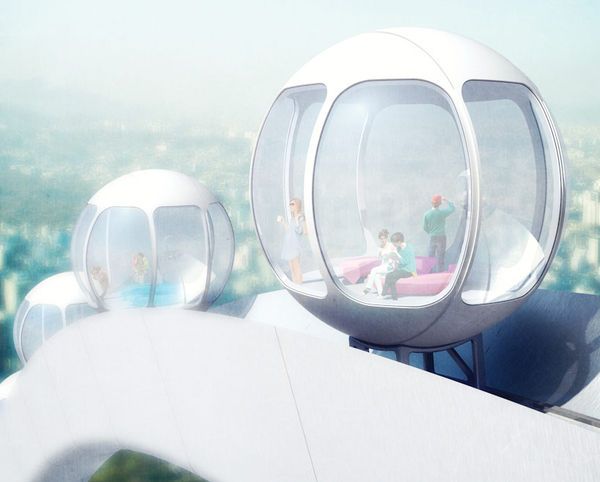 To transform the last piece of waste land into usable public space, this concept by Nooyoon proposes 'Hiddem Gems,' which will infuse the area with culture. There are five oil tanks in the area and Nooyoon has come up with ways for each to bring new meaning to the former wasteland.

The proposal plans to introduce new programs, including: an "opera theater, museum, ferris wheel, climbing center, and a diving pool and spa." The four tanks are sprawled out on the land and unified by a central white ferris wheel, which also serves as a landmark for the site.