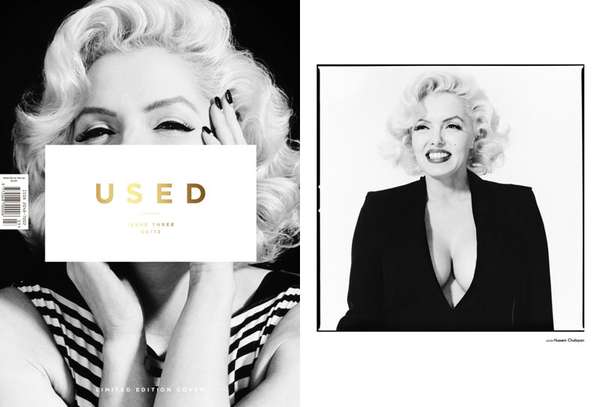 Meghan Young — April 19, 2012 — Fashion
References: usedmagazine & fashiongonerogue
Share on Facebook Share on Twitter Share on LinkedIn Share on Pinterest
At first, the Used Magazine 'Boo Boo Be Doo' editorial appears to be comprised of never-before-seen photos of American icon Marilyn Monroe. It is a testament to the talent of British impersonator Suzie Kennedy that anyone would even think that. Michelle Williams didn't even manage to master the look as Kennedy did, and she won a Golden Globe for her Marilyn Monroe portrayal.

Massive Pop Icon Photobooks
Marilyn Monroe: Metamorphosis Will Include Over 200 Photos of the Star