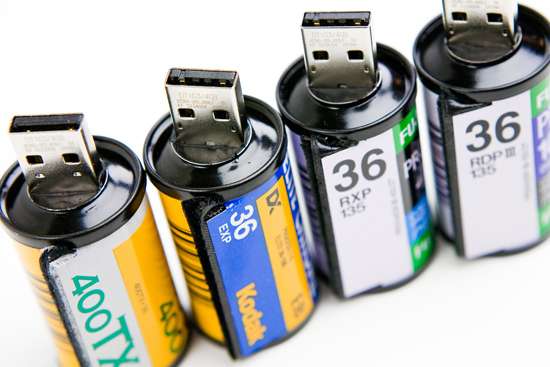 Jason Soy — May 19, 2011 — Tech
References: photojojo & likecool
Continuing the trend of turning everyday objects into USB keys, Photojojo has come out with the USB Film Roll for photo enthusiasts to show their love of pictorials while saving computer data.

Though this may not be the first time a USB key has been fashioned in the form of a film roll, it is the first time that a larger company has adopted the idea for mass production. You can store up to 4GB of photos, translating roughly to thousands of pictures, on a single USB Film Roll -- slightly more impressive than your standard 24 or 36 exposures if you ask me.

As they are made from recycled film rolls, these undercover USBs are also environmentally friendly.
3.3
Score
Popularity
Activity
Freshness