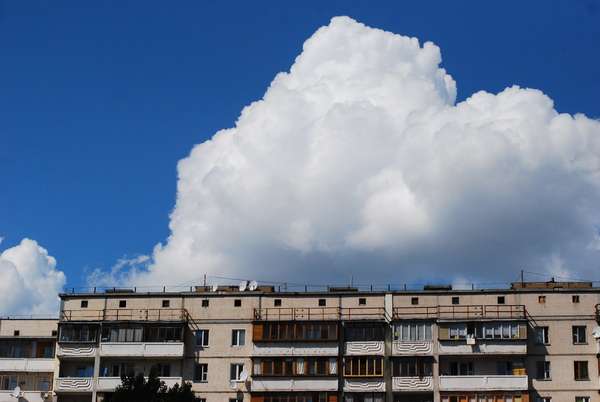 Marissa Brassfield — May 16, 2010 — Unique
References: redhotgooner.livejournal & behance.net
Share on Facebook Share on Twitter Share on LinkedIn Share on Pinterest
Environmentalists and sci-fi fans alike have imagined a world in which Mother Nature rebels against mankind, and 'Urbanature' by Teamosha Chernichko offers a different angle. In this photo series, giant cumulus clouds loom over an urban cityscape as if to watch over its residents.

In some shots of 'Urbanature' by Teamosha Chernichko, the clouds appear friendly, even cheerful. In others, however, the clouds look as if they're ready to attack.

Implications - The shoot offers an incredible fresh perspective on a visual experience all people are familiar with. The lens of Chernichko exudes emotion and beauty and takes these familiar images to new heights -- literally. The existence of clouds is an otherworldly one, and like many other outer-worldly elements, the inspiration behind much beautiful art.
0.9
Score
Popularity
Activity
Freshness
Get Better and Faster