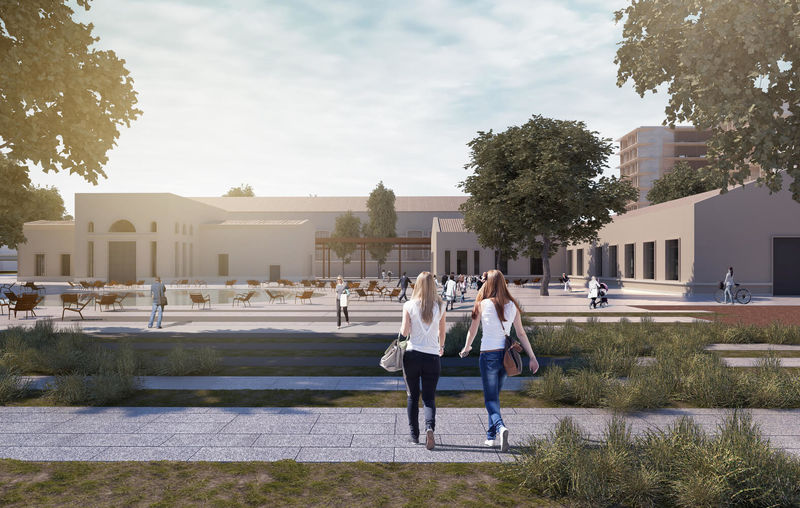 This Urban Park in Athens is Part of Micromega's Proposal

Kalina Nedelcheva — April 5, 2018 — Eco
References: micromega.gr & archdaily
Share on Facebook Share on Twitter Share on LinkedIn Share on Pinterest
Locally based architecture firm Micromega recently revealed its award-winning design for the new Public Power Corporation HQ that will feature an integrated urban park in Athens, Greece. The proposed structure is created to establish a multi-faceted relationship — one between the corporation and the public, as well as another between "the historical complex and the existing old electricity factory."

The urban park in Athens has the potential to be a recreational communal space that creates a dimension of awareness. To honor the Public Power Corporations' dedication to renewable sources of energy, the park has been divided into three main topoi. While the 'Sun Path' is envisioned to be a linear canopy for exhibitions, markets and events, the 'Air Garden' includes a large amphitheater, surrounded by a plantation of wheat. Finally, the 'Plaza of Water' has a shallow pond and a resting spot.
1.7
Score
Popularity
Activity
Freshness
Get Better and Faster