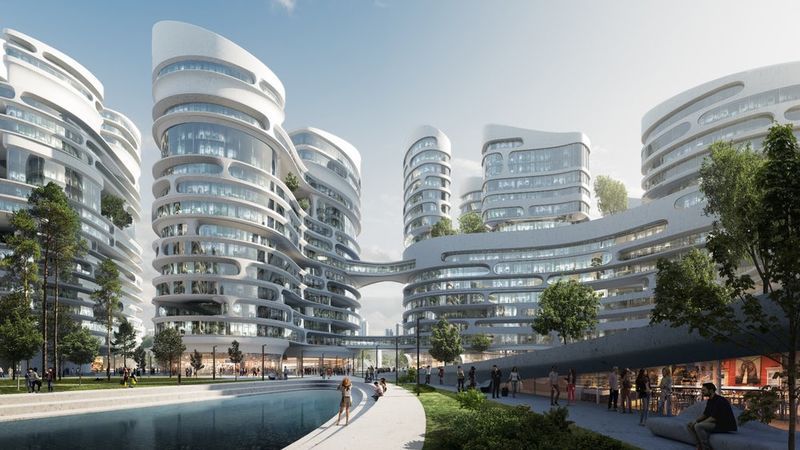 This Modern Moscow Suburb is Designed By Zaha Hadid Architects

Rahul Kalvapalle — November 12, 2018 — Art & Design
References: zaha-hadid & newatlas
Share on Facebook Share on Twitter Share on LinkedIn Share on Pinterest
Usually, the design of urban neighbourhoods is a task that is typically associated with municipal and other levels of government but the Russian capital city of Moscow has taken an innovative approach by enlisting the expertise of Zaha Hadid Architects to construct a futuristic new neighborhood in the outskirts of the city.

Named Rublyovo-Arkhangelskoye, this urban neighborhood is set to house over 66,000 people, as well as all the infrastructure needed for schools, shopping and transportation facilities that will connect with Moscow's subway line. However, the project also gives due importance to sustainability, with one-third of the space set to be dedicated to a forested area, lakes and green spaces.

In addition to aiming for aesthetic and design prowess, the Rublyovo-Arkhangelskoye project speaks to the importance of governments and private architectural firms banding together to envision new neighborhoods for the world's growing mega-cities.
5.9
Score
Popularity
Activity
Freshness
Jeremy Gutsche Keynote Speaker