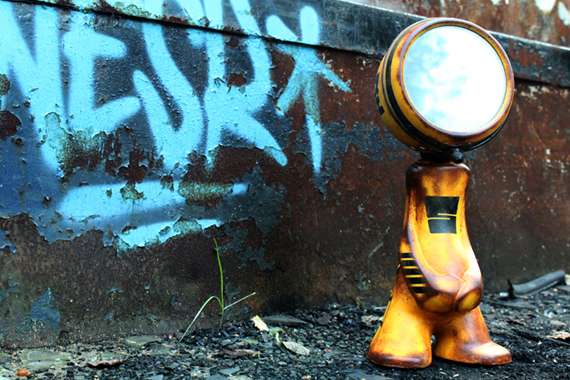 Nanan Creates Figures Out of Lamps in His Urban Lights Series

Reminiscent of the unbearably cute robot Wall-E, these Urban Lights creatures seem to hold a similar place in the world as the Pixar character. Nanan’s shooting locations appear post-apocalyptic, the stance of his creatures suggests mourning and the absence of any human presence suggests these little guys may just be all that is left of the world. Nanan successfully injects these inanimate electronic objects with a quiet emotionality. They do not merely seem sad, the emotions they express are much more complex than that.