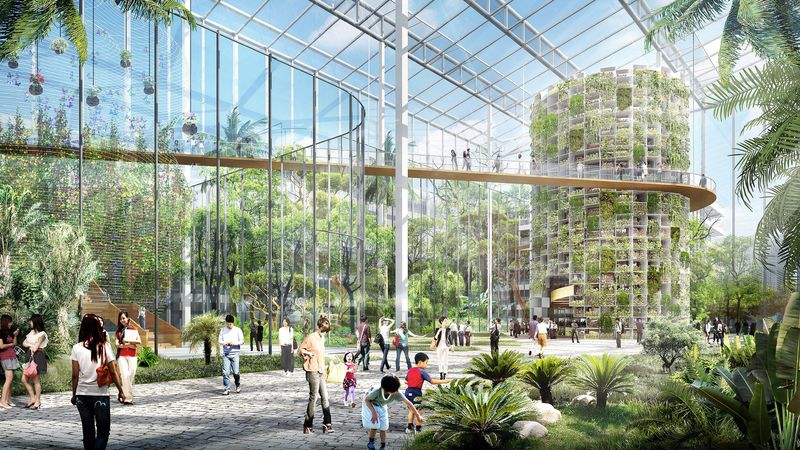 Joey Haar — April 27, 2017 — Eco
References: dezeen
Local Chinese architecture firm Sasaki has recently designed a proposal for Shanghai's Sunqiao Urban Agricultural District. The district as a whole will be a new piece of master planning for Shanghai, and the key element will be Sasaki's vertical hydroponic farm.

Shanghai is the largest city in China, with a still-growing population of 24 million. Feeding such an immense populace is a daunting task that brings up issues from ethics to ecology, and the Sunqiao Urban Agricultural District hopes to solve as many of those problems as possible. Sasaki's vertical hydroponic farm will itself be enclosed in a larger greenhouse that will provide ideal growing temperatures year-round, giving citizens a local source of produce.

The greens grown on the vertical farm will sit on rotating loops that will allow for easier crop cycling.
6.1
Score
Popularity
Activity
Freshness