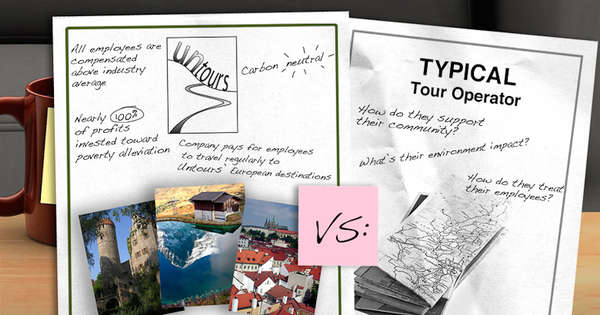 Untours is a B Corporation That Lets You Travel Independently

Tiana Reid — January 13, 2013 — Social Good
References: untours & bcorporation.net
Share on Facebook Share on Twitter Share on LinkedIn Share on Pinterest
Don't call Untours another Airbnb. First of all, it's been around a whole lot longer than the San Francisco-based company that was founded in 2008. Untours -- founded by Norma and Hal Taussig in 1975 -- isn't exactly a DIY vacation either. It's a balance between planned flights, apartment rentals and local contact information and independence when ever you decide you want it. It's up to you.

As a certified B Corporation, the for-profit company, which runs vacations in Europe and the Americas, makes the priority of travel a cultural connection. The Untours Foundation is where the majority of the business' profits are re-invested to create social impact. Paul Newman and John F. Kennedy, Jr. awarded the Taussigs with the Most Generous Business in the United States award in 1999.