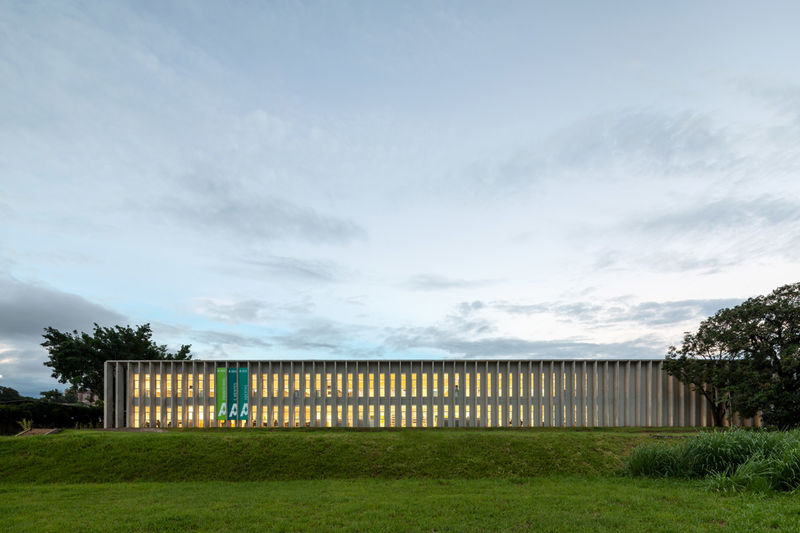 Joey Haar — June 12, 2018 — Art & Design
References: kaanarchitecten
Share on Facebook Share on Twitter Share on LinkedIn Share on Pinterest
The Ancient Greeks were hugely influential in the very existence of modern-day higher learning, and the new Universidade Anhembi Morumbi campuses designed by Dutch firm KAAN Architecten makes reference to those early titans of intellectual pursuits. The two campuses buildings, one in Sao Jose dos Campos and the other in Piracicaba, look like modernist takes on the famous Acropolis, replacing ornate stone columns with sheer concrete risers.

KAAN Architecten's design is more than a reference, though. It also recognizes the needs of the students who use the buildings. Both campuses have a central common space that not only encourages interaction and social exchange between students but also creates a circulation of natural air to help keep those people cool in the hot Brazilian climate.