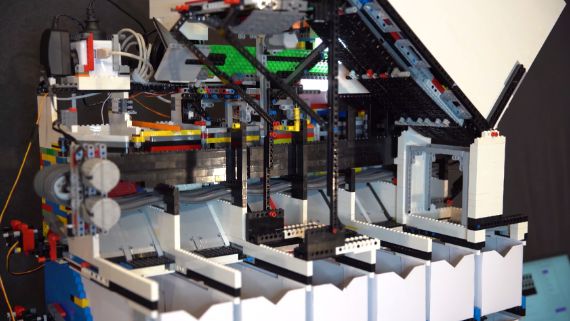 The system operates with six LEGO motors, as well as nine servo motors, that power conveyor belts that are able to move individual pieces. Video footage is then sent to a Rasberry Pi Ai system that processes the data form the video camera and then allocate where each piece should go. The system is able to sort one brick every two seconds, making it much more efficient than sorting items by hand.