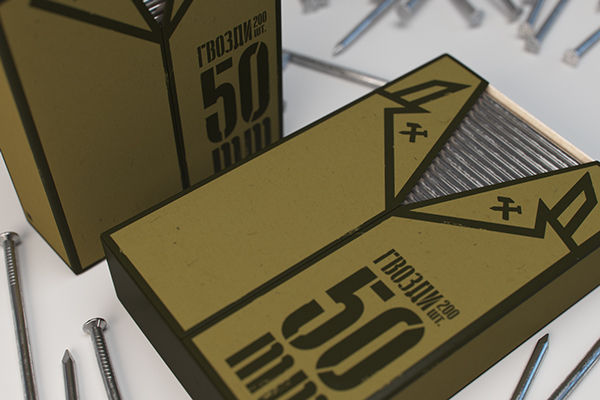 Inspired by a poem called 'The Ballad of Nails' by Nikolai Tikhonov, Vlad worked to represent the notion that military men are as strong and essential to society as those tough bits of metal that hold together everything that we build. Based on this idea, the boxes were drawn up to look like the fronts of army jackets, rendered in a cartoony form, yet complete with the familiar green color and the symbols of the hammer and sickle. Aesthetically and emotionally, consumers would be more drawn to this uniformed nail packaging than they would be to the run-of-the-mill branding.
4.7
Score
Popularity
Activity
Freshness