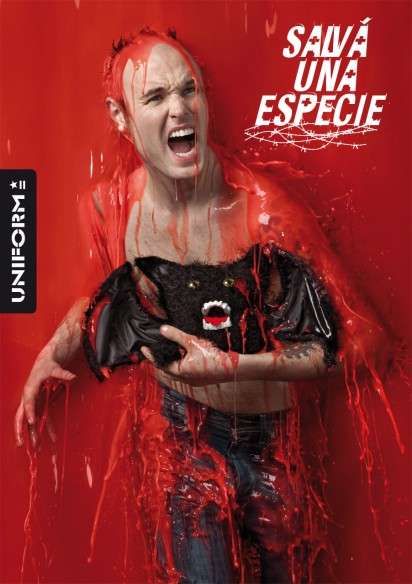 Meghan Young — December 17, 2011 — Marketing
References: uniform.uy & ibelieveinadv
Share on Facebook Share on Twitter Share on LinkedIn Share on Pinterest
The Uniform Jeans campaign advocates looking good and doing good. With this company, they are one and the same. By purchasing a pair of Uniform jeans, people will be able to 'Salva una especie,' or, in English, 'Save a species.'

The Uniform Jeans campaign was creatively and playfully conceived and executed by Plutón, an ad agency based in Montevideo, Uruguay. Art directed by María Bissio and photographed by Youruguay, this ad campaign clearly targets a younger generation. It shows young adults braving a torrential downpour of colorful paint as they clutch protectively the species they are trying to save. The catch? Those aren't real animals used in the Uniform Jeans campaign, but cute plushies instead.

The Uniform Jeans campaign is therefore lighthearted even though it deals with a serious topic.
2.6
Score
Popularity
Activity
Freshness
Access Advisory Services