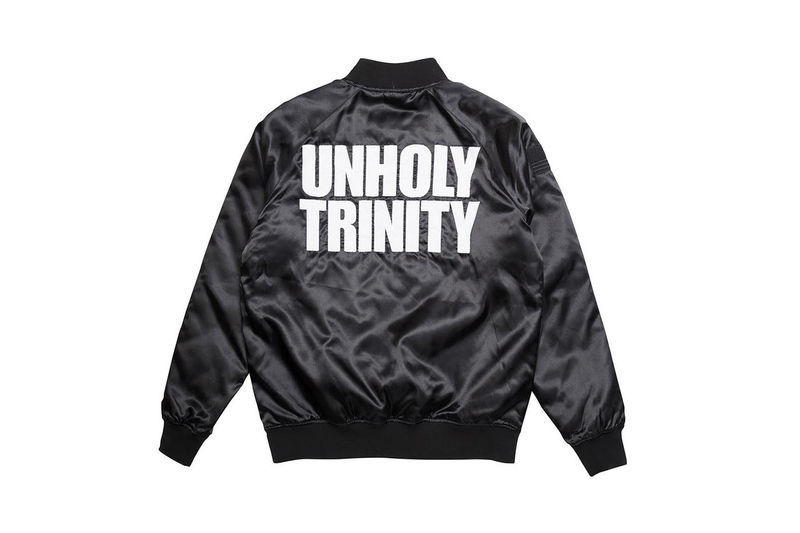 A part of its seasonal collection that's released in time for autumn, F*cking Young embellishes the black bomber with a small silver crucifix which appears on the one side of the chest. On the back, the Unholy Trinity name is stated boldly -- in massive white block letters. Meanwhile, the brand's acronym appears minimally on the cuff of the left sleeve and the lining is covered with a gold quilted fabric.

On this there's a printed page that also shows F*cking Awesome's name, as well as an image of rapper Earl Sweatshirt's 'Doris' album artwork from 2013. Taking up much of the interior, the printed page complements the unique gold quilting, which the jacket's wearer will likely want exposed.
4.6
Score
Popularity
Activity
Freshness
Access Advisory Services