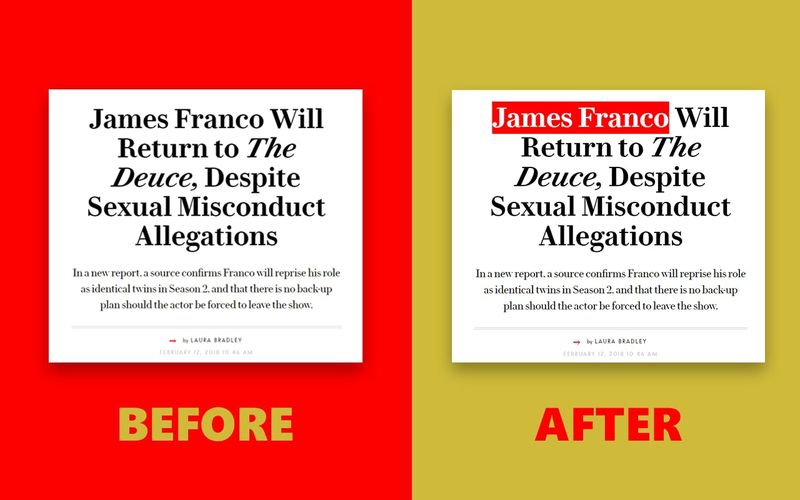 Joey Haar — March 15, 2018 — Social Good
References: uncoverharassers.online & producthunt
Beginning with the exposé on Harvey Weinstein in October of 2017, the now-titled #MeToo movement has shone a new light on sexual harassment in many different industries, and 'Uncover Harassers' is a new browser tool that helps people to be vigilant against those who've been accused. The Google Chrome extension automatically highlights the names of celebrities accused of sexual harassment, so users can think twice about sharing a given article and inadvertently supporting their work.

Uncover Harassers is a simple extension, parsing the text of every page that a user brings up in Google Chrome and highlighting harassers' names in red. The tool gathers its database of names from a list of public figures accused of sexual misconduct published by Time Magazine, and its creator has also opened up a list for anyone from around the web to submit names as well.
2.1
Score
Popularity
Activity
Freshness