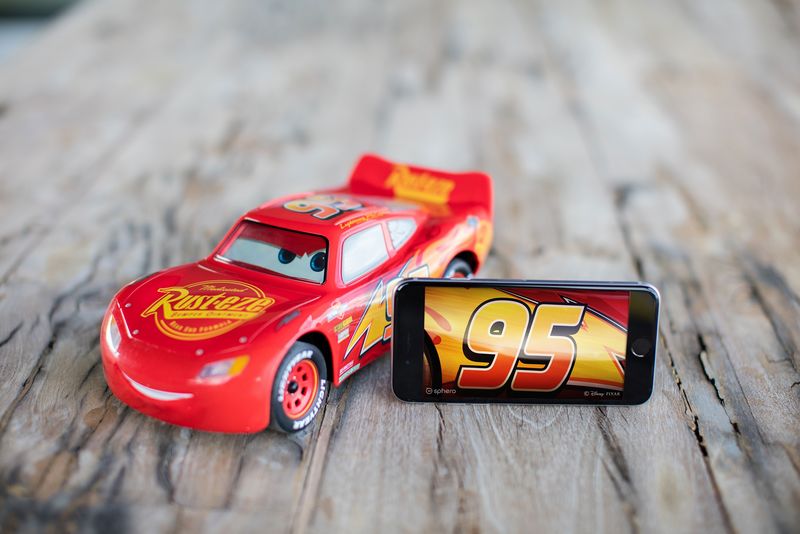 The Ultimate Lighting McQueen Toy is Reactive and Intuitive in Design

Jana Pijak — May 25, 2017 — Life-Stages
References: sphero & Sphero
Share on Facebook Share on Twitter Share on LinkedIn Share on Pinterest
Toy manufacturer Sphero and Disney•Pixar have teamed up to create an app-enabled Ultimate Lighting McQueen car toy. The launch celebrates the upcoming theatrical release of Cars 3 and aims to change the way audiences think about interactive toys and their capabilities.

A family favorite, the Cars franchise is known for its personified automobiles, and the Ultimate Lighting McQueen car's intuitive design effectively brings its most memorable character to life. This connected mini car is not only designed with driving, and drifting capabilities, but also with emotive features that take the product one step further than anything seen before. The toy's sensory elements mean that it is reactive to touch, and sound, going as far as reacting to scenes from Cars films through a "Watch With Me” resting mode.

“From the beginning, we wanted to make Ultimate Lightning McQueen feel as real as he does in the film. In order to create a scaled down version of his big personality, we worked closely with the team at Pixar to ensure we were getting his nuances just right -- such as leaning into turns and expressive facial and body movements.” said Paul Berberian, CEO of Sphero. This smart car toy can be controlled through an accompanying app that is available for both Android and iOS devices. Once connected, users can not only control their toy's animated eyes, emotive suspension, and animatronic mouth, but can also access themed games via the mobile app.
6.5
Score
Popularity
Activity
Freshness
Attend Future Festival