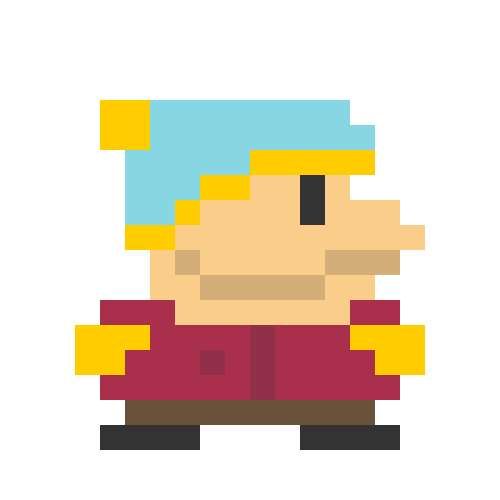 Jason Soy — September 12, 2011 — Pop Culture
References: soundofdesign & blog.thaeger
Share on Facebook Share on Twitter Share on LinkedIn Share on Pinterest
Ty Lettau is a pop culture illustrating fiend, but he always manages to craft images that are more reflective of his overall creativity rather than simply his technical skill. And that's exactly what he did with this collection of pixelated cartoon characters, which take TV's most popular hand-drawn creations and re-imagines them as Super Mario-like 8-bit creations.

Some of the memorable characters featured in this Ty Lettau gallery include Cartman from South Park, Homer, Marge, Bart, Lisa and Maggie from The Simpsons, and Raphael and Michaelangelo from Teenage Mutant Ninja Turtles.

Implications - The 8-bit aesthetic is appealing to consumers because it provides nostalgia for people who grew up in an era with highly pixelated gaming. This nostalgia is important to consumers as it reminds them of their youth, which induces a sense of euphoria. Corporations may consider using 8-bit aesthetics in their promotional campaigns as a way to draw-in consumer attention
2.8
Score
Popularity
Activity
Freshness
Attend Future Festival