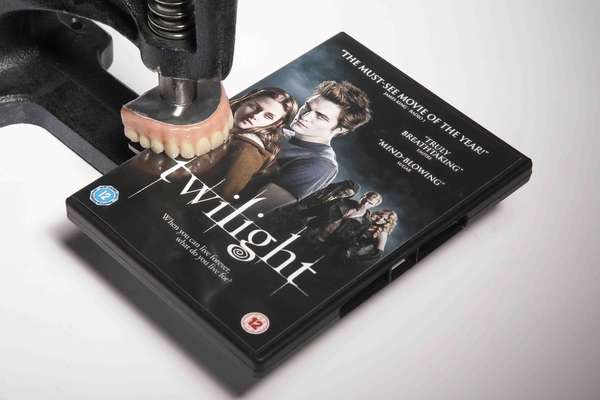 Ben Dutton — April 3, 2009 — Unique
References: thesun & mischiefpr
Share on Facebook Share on Twitter Share on LinkedIn Share on Pinterest
Fans around the world have gone crazy over ‘Twilight’ not only for its the love story, but for its vampire hero Edward, played by Robert Pattinson. One fan in particular politely declined an autograph from Robert and instead pleaded that he bite her.

This has led to the creation of the ‘autobite,’ the world’s first vampire autograph. On Monday, April 6, the UK launch date of the ‘Twilight’ DVD and Blu-ray, fans can visit HMV’s flagship store on Oxford Street to pick up a copy of the movie and request an ‘autobite.’