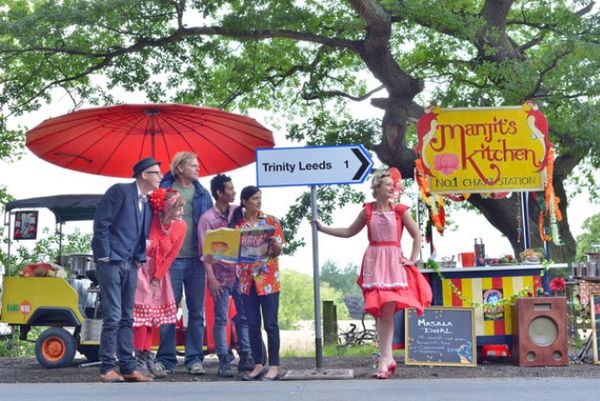 Laura McQuarrie — October 19, 2013 — Marketing
References: trinityleeds & psfk
To generate some buzz about Trinity Kitchen, the new indoor street market in Leeds, locals who wanted to visit could take a rickshaw ride to Trinity Leeds with a simple tweet to pay system.

By exchanging rides for the use of the "TrinityKitchen" hashtag, this successful campaign drives people to the brick and mortar location as well as creating a conversation online about it.

The market is set up so that "each month, five street vendors from across the country are chosen to offer their goodies at the indoor food market." If the prospect of such variety isn't already exciting enough, the vendors are picked by Richard Johnson, the curator of the British Street Food Awards. The rickshaw service ran in Leeds from October 17th to October 19th.
3.5
Score
Popularity
Activity
Freshness