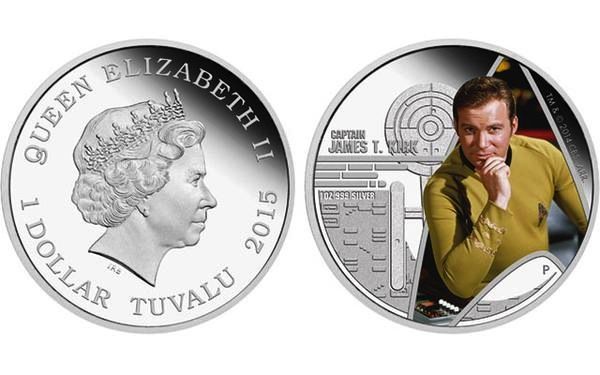 Michael Hines — February 10, 2015 — Pop Culture
References: tor & neatorama
We're still a long way from a time where Federation Credits are legal tender, but the Tuvalu Star Trek coins are a step in the right direction. The tiny island nation is located about halfway between Hawaii and Australia. It uses the Australian dollar as one of its official forms of currency and is part of the Commonwealth of Nations. This explains why Queen Elizabeth II is on the other side of these Tuvalu Star Trek coins.

There are two types of Tuvalu Star Trek coins being released: one featuring Captain Kirk, as portrayed by William Shatner, and the other featuring the U.S.S. Enterprise. Both coins pay homage to the 1960s "Star Trek" series and are legal tender in Tuvalu, although they'll likely get more attention from collectors than folks looking to catch a bus or buy a snack.
1.5
Score
Popularity
Activity
Freshness