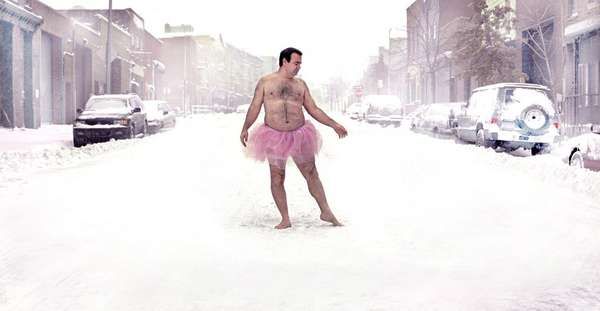 According to Carey, the ‘Tutu Project’ originally began as a joke in 2003. However, later that year his wife Linda was diagnosed with breast cancer. She beat the disease only to have it return a few months later; of this Bob Carey says, “I’ve been in awe of her power, her beauty and her spirit.” Inspired by his wife, Carey decided that photographs of a himself wearing only a pink Tutu in places one would not usually expect a rotund, grown man to wear a Tutu was a good way to turn heads and raise awareness. He was right.

You can buy a photograph and make a contribution here.