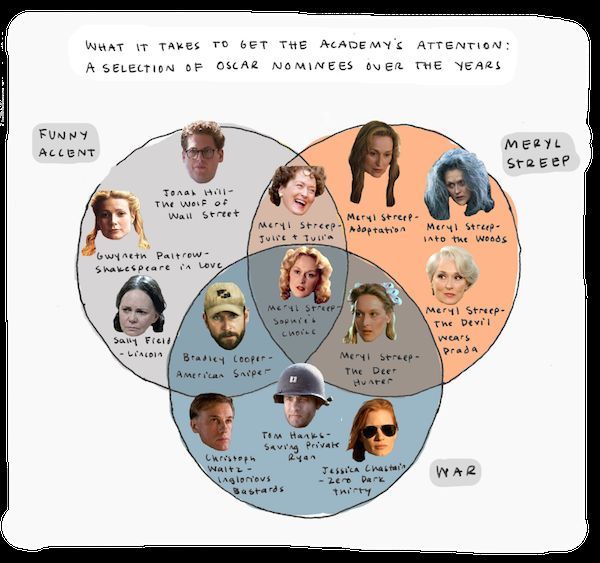 The series of charts look at topics like reactions when the camera pans to your face after you've just lost, outliers, how to increase your odds for an Oscar nod, Venn Diagrams detailing Academy Award attendance, the celebrity cycle of award-season emotions and delusions of film-fanatic grandeur. Two particularly hilarious charts examining the truth about the Oscars are 'What it Takes to Get the Academy's Attention: A Selection of Oscar Nominees Over the Years' and 'Whom Should I Thank? A Flowchart.' The former looks at the cross-sections between funny accents, war and being Meryl Streep, where as the latter heavily emphasizes expressing gratitude for Oprah.
0.4
Score
Popularity
Activity
Freshness
View Innovation Webinars