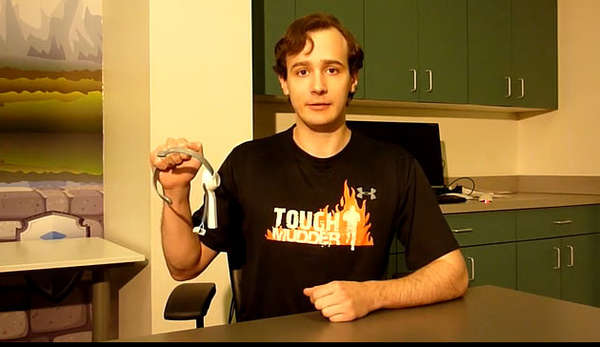 This Kickstarter Project Lets You 'Throw Trucks with Your Mind'

Andrew Sztein — February 16, 2013 — Tech
References: kickstarter & kotaku
The brainwave reading game 'Throw Trucks with Your Mind,' aims to allow you to do just that, virtually.

If this exciting Kickstarter project reaches its goal, then that's exactly what the independent developer Lat Ware is promising. The brainwave reading game requires a special headset that is currently a modified NeuroSky MindWave headset, normally used for measuring attention levels in students. The modified headset works in conjunction with a controller. The controller controls the character on screen, and how hard the user concentrates on an object in the game will affect the force of the explosion or flying trucks. The video on their Kickstarter page shows the game actually working, with impressed users having a ball with their new found telekinetic powers.

For the project to get off the ground, Ware is looking to raise $40,000 in order to enhance art assets, work on the physics and to design levels. If they get there, the project is set for release in 2014.
3.2
Score
Popularity
Activity
Freshness