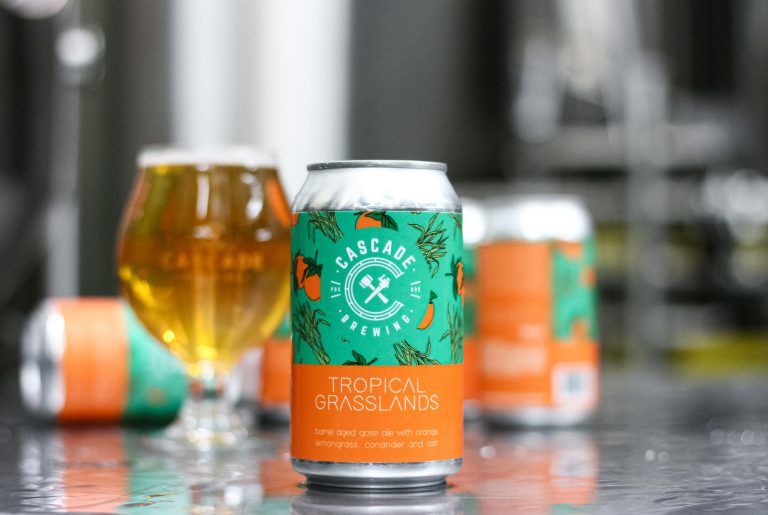 Grace Mahas — February 3, 2020 — Lifestyle
References: cascadebrewing & brewbound
As craft beer shos itself to be a significant force in the beer market, craft brewers are delving into varying beer styles such as sour and tart ales to appeal to a broader consumer base.

A notable example is from Cascade Brewing ("a pioneer of the sour beer renaissance") that recently expanded its portfolio with the introduction of the Gose-Style Ale 'Tropical Grasslands.' This is the brand's first sour beer in a can and boasts a crisp yet complex flavor profile that is perfect for both season and novice sour beer drinkers.

The Tropical Grasslands ale offers fresh flavors and soft acidity. Brewed in in oak barrels for up to 10 months, the Gose-style ale is infused with fresh lemongrass, orange zest, ground coriander, and Oregan Coasts seat salt. It features a 5 per cent ABV and is available in single 12-ounce cans.