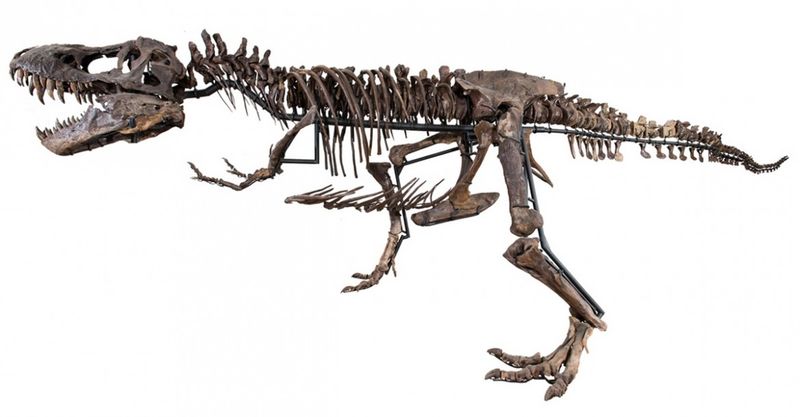 Therpopod Expeditions Puts History In the Home with Multi-Million Models

Hayley McGlone — July 6, 2016 — Tech
References: malaysiandigest & luxurylaunches
For anyone who has ever loved dinosaurs as a kid or is still a dienophile, it's now possible to buy a T-Rex skeleton. The tyrannosaurus-rex skeleton is composed of 45% of its bones, or roughly 135 of its 300 parts of its skeletal structure, making it one of the more complete dinosaur skeletons. The bones have been cleaned prior to mounting.

The bones were excavated from Montana and Wyoming and are roughly 65.5 to 72 million years old. The T-Rex skeleton is 38' x 12' x 10' in dimension. The skeleton has been nicknamed 'Roosevelt' after President Franklin D Roosevelt since the bones were discovered south of Fort Peck Lake, which is a hydroelectric dam constructed by the Army Corp of Engineers as part of FDR's New Deal Program in 1940.

This rare skeleton is being sold by Therpopod Expeditions for $2,390,000.
3
Score
Popularity
Activity
Freshness