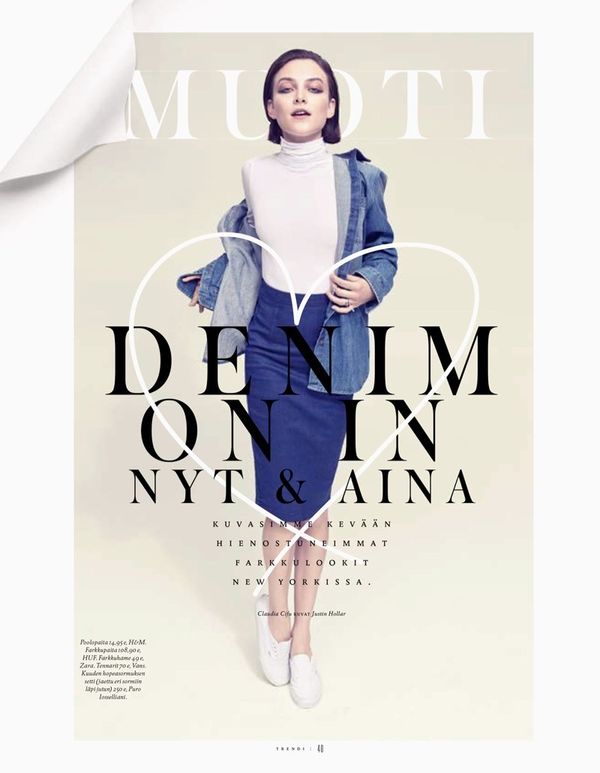 Meghan Young — February 10, 2014 — Fashion
References: trendi.fi & fashiongonerogue
The Trendi Magazine February 2014 editorial forgoes the punk denim look to show that this casual material can be worn in a more elegant and ladylike way. Although it still has a relaxed feel about it compared to silks and satins, the jean jackets and denim skirts are minimally styled to show that they can be elevated to a more graceful status.

Shot by photographer Justin Hollar, the Trendi Magazine February 2014 editorial stars Australian model Ollie Henderson. Titled 'Denim On In,' it was styled by Claudia Cifu, who pulled the smart pieces from the likes of Weekday, J Brand and Wrangler. The brunette beauty was captured both on location and in studio. Her look was perfected by hair stylist David Lopez and makeup artist Erin Green.
5.7
Score
Popularity
Activity
Freshness