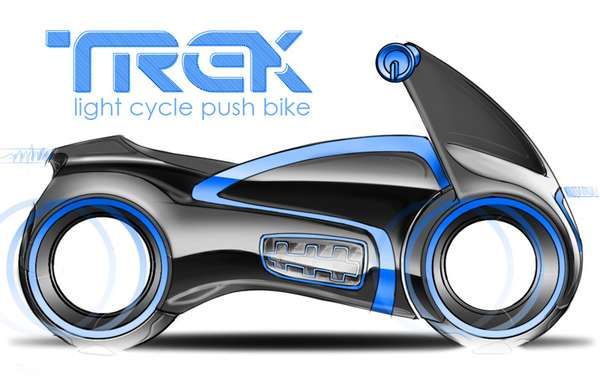 The Future of Bike Training is the Trek Light Cycle Bike

Instead of forcing young children to strain their developing motor skills, the Trek Light Cycle Bike is designed with a low frame, allowing kids to perfect their balancing skills before tackling the challenge of movement. In place of pedals and a jarring gear system, the Trek bicycle's lightweight frame is meant to be pushed by the rider.

The Tron-inspired scooter was drawn up on the design software CAD, fabricated by a 3D printer and rushed to the Trek Trade Show, where it was revealed to an intrigued audience. It's still clearly a concept model, although Callahan hopes children will be riding their own Trek Light Cycles by next year.
4.2
Score
Popularity
Activity
Freshness
Get Better and Faster