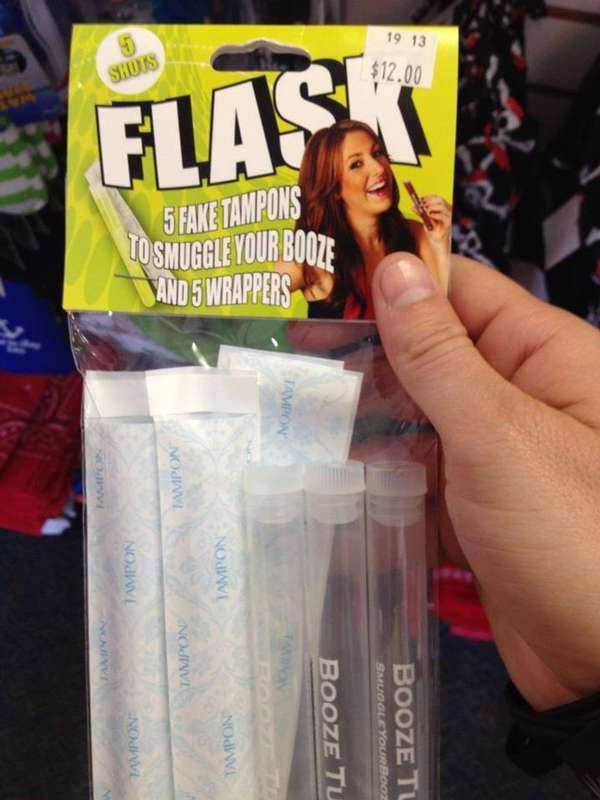 These Flask Tampons Provide a Sneaky Way to Transport Alcohol

Amanda Greer — July 4, 2013 — Lifestyle
References: tywkiwdbi.blogspot & laughingsquid
A new product has surfaced on the internet that answers the age-old question as to how to transport alcohol in sensitive environments without being detected: flask tampons. These fake tampons are really test tube-shaped flasks that each hold a single shot. The flasks come with several fake tampon packages, disguising their true nature.

Since tampons are a purse staple, this is a clever and hilarious way to hide alcohol without being detected. Its strictly feminine qualities have caused many female internet users to bond over this product. Women who've come across this have made it known that they would love to own a few tampon flasks themselves, so as to avoid paying for drinks at clubs, music festivals or bars.

With these comically quirky tampon flasks, girls will never have to buy drinks at the bar again.
6.7
Score
Popularity
Activity
Freshness