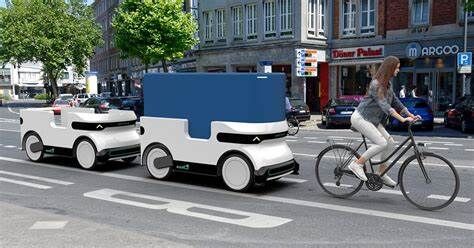 This trailer is 100% electric and is equipped with exchangeable batteries, which means no downtime charging is required. The trailer is one meter wide and can travel on the street, a bike path, or the sidewalk. It has built-in sensors which help the trailer follow and mimick the movement of the towing vehicle. If the towing vehicle brakes, Trailerduck will brake. Trailerduck can even follow a bicycle.

The company believes Trailerduck will be ready for production by the end of 2022.