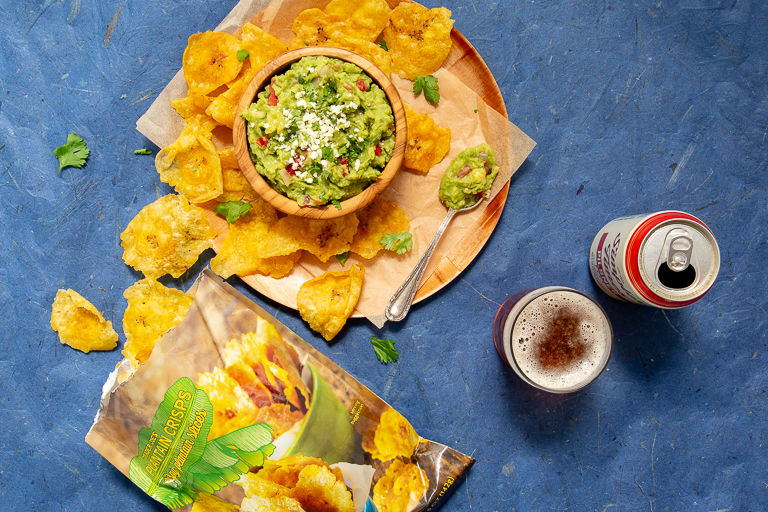 Twice-fried plantains are a classic Latin American and Carribean snack that is sometimes known as tostones, patacones, or tachinos. Trader Joe’s Plantain Crisps are a new take on the deliciously crispy and crunchy snack. To make the crisps, the brand starts with slices of green plantains, "cooks them in oil, smashes them flat until they’re around two to three inches in diameter, then cooks them again." Though these last two steps are not part of the traditional process, smashing the plantains flat gives the crisps a thinner, crispier profile that makes them perfect for scooping various dips and spreads.