The Beauty of Infographics 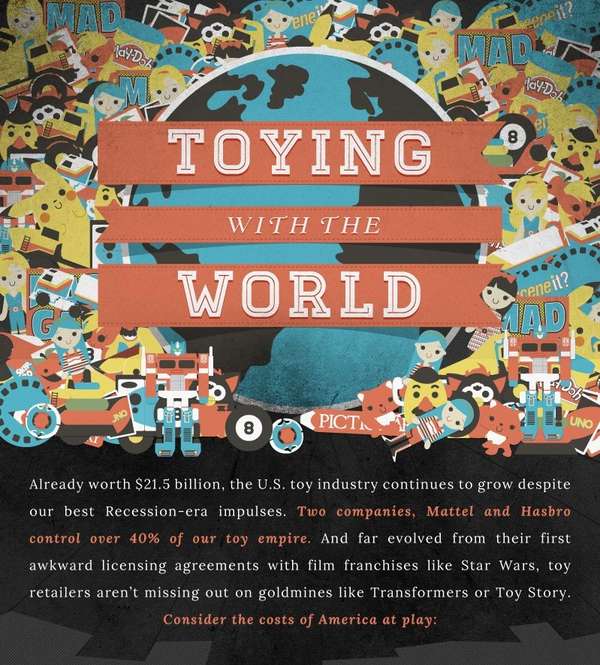 The 'Toying with the World' Infographic Looks at American Spending

Rebecca Byers — February 25, 2012 — Lifestyle
References: frugaldad & frugaldad
Share on Facebook Share on Twitter Share on LinkedIn Share on Pinterest
The 'Toying with the World' infographic takes a look at the consistency of the American toy industry, which has stood the test of time and the recession. The industry is continually growing, despite the fact that it is already worth a booming $21.5 billion, with Mattel and Hasbro alone controlling over 40% of the market.

The Toying with the World infographic provides a jaw-dropping review of America's toy addiction, with statistics that are still surprising despite an awareness of the overwhelming toy culture. For example, "the US has less than 4% of the world's children, but it buys more than 40% of the world's toys," according to the graph.

The comprehensive guide also delves into the lucrative sector of licensed toys, like that Hasbro's Star Wars toys made $510 million in sales in 2010 alone.
4.2
Score
Popularity
Activity
Freshness
Get the 2021 Trend Report FREE