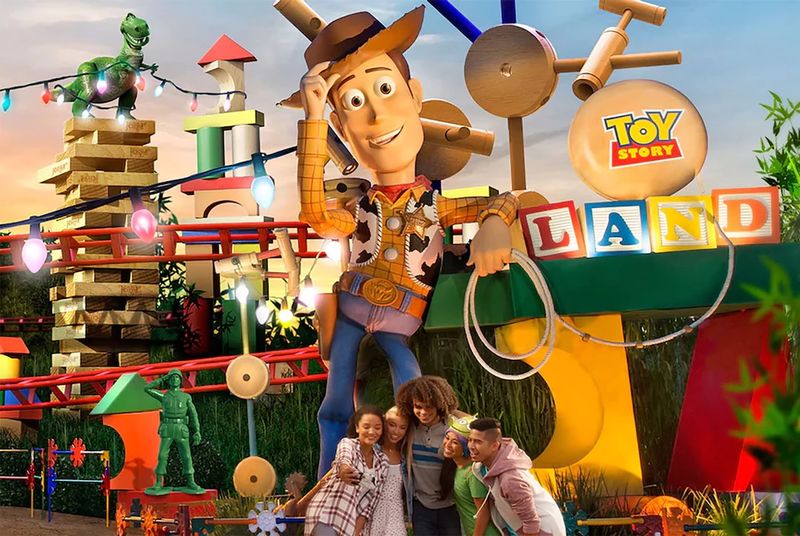 Jana Pijak — January 31, 2018 — Lifestyle
References: disney & hypekids
Disney is set to open a Toy Story theme park this summer in celebration of the beloved animated film series. Brought to life in a recently released artist's rendering, the theme park will be built to resemble Andy's room in the Disney and Pixar film and will feature oversized recreations of famous characters like Woody and Buzz Lightyear, along with bedroom furniture props.

This film-inspired theme park is family-friendly thanks to Toy Story's cult following among viewers of all ages and speaks to consumers' appreciation for pop culture-themed experiences that bring different generations together.