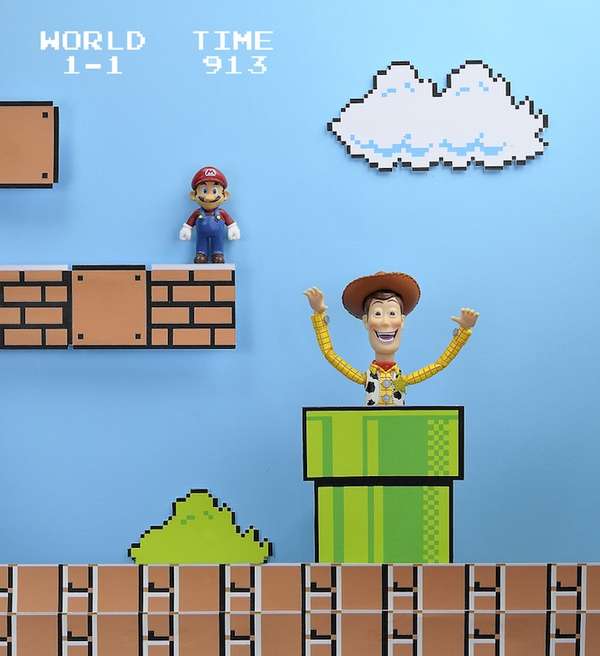 Santlov and Rafel Moyer have come up with an imaginative take on the character Woody’s leisurely life with these Toy Story photos. The photos are hilarious and completely relate to the modern Disney fan.

The photo series is a compilation of Woody in day-to-day activities; Woody dressing up like Batman, participating in and being behind the scenes of photo shoots, indulging in some sushi and taking a bath. Santlov even exhibits social commentary displaying Woody with an abundance of Apple products, texting a picture of his money and indulging in an obscene amount of drinking.

Rafael Moyer extends this look into Woody’s realm with a photo series focused on Woody’s life outside the parameters of the film. It is a collection of Woody participating in a Super Mario Brothers game, gambling at a casino, being a bullfighter, rocking out on stage, impersonating singer Bruce Springsteen’s album cover and several other scenarios.

The Toy Story photos are playful and take a character everybody knows and loves and explores an adult-like life for them.