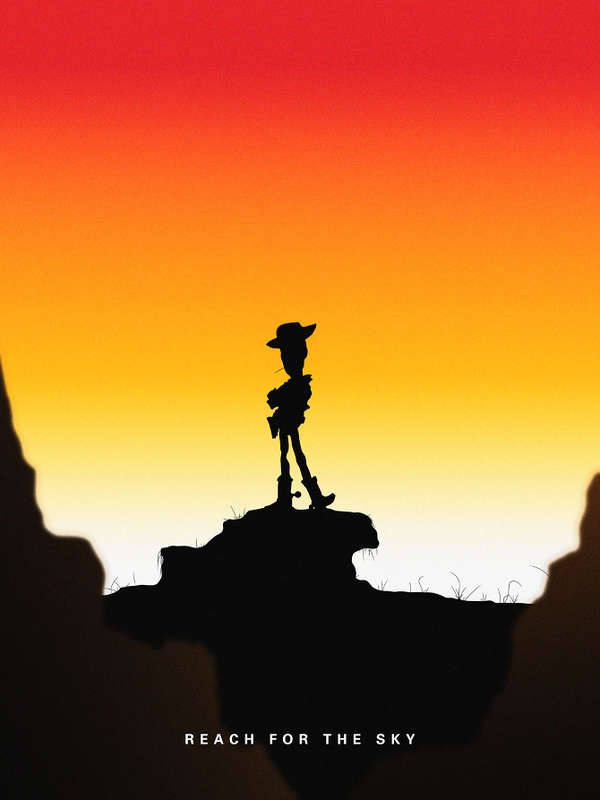 The silhouetted Toy Story illustrations by artist Khoa Ho showcase various celebrated characters from the animated Disney movies. The drawings feature various characters such as cowboy Woody, Buzz Lightyear, evil emperor Zerg, Rex and yodeling cowgirl Jessie. The Disney illustrations also features various quotes from the characters of Toy Story such as "Reach for the sky," "To infinity and beyond," "The claw...," "Ride like the wind" and "Roaaarrr."