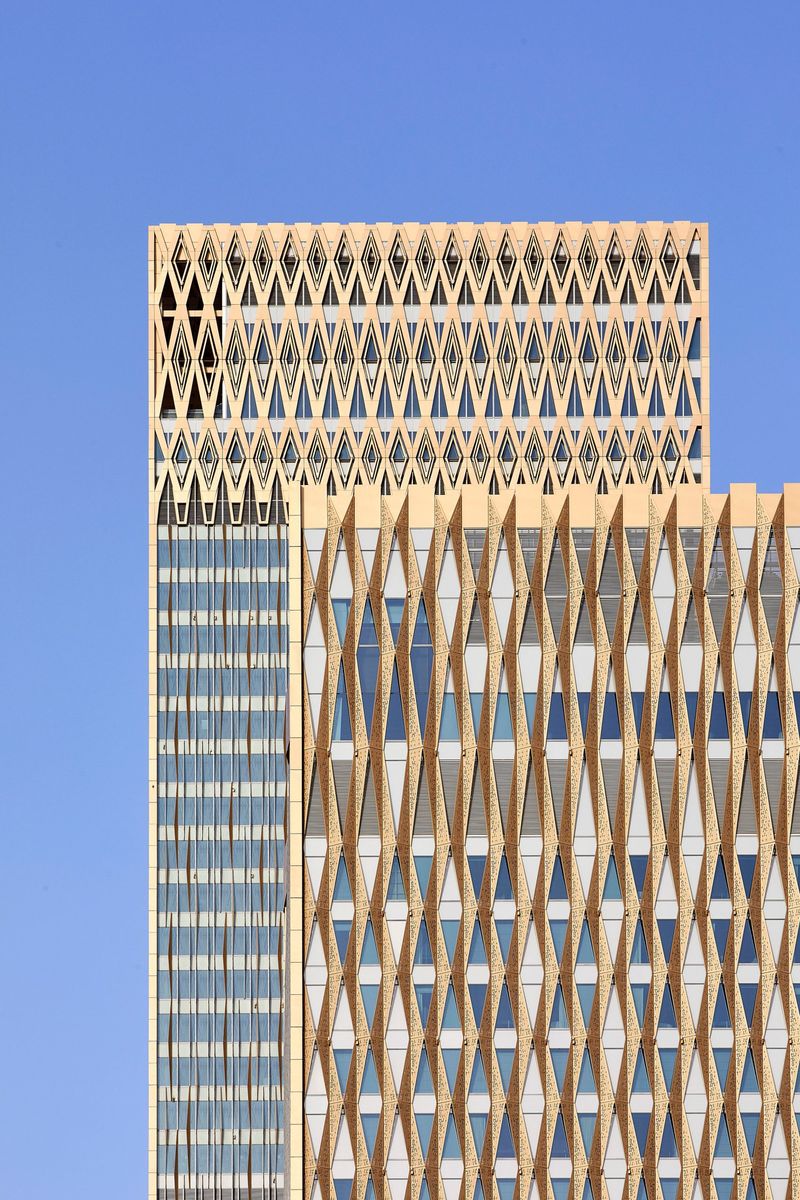 Kalina Nedelcheva — August 8, 2018 — World
References: gensler & dezeen
Share on Facebook Share on Twitter Share on LinkedIn Share on Pinterest
Architectural firm Gensler completes a project in Kuwait City, contributing beautiful tower facades to the urban narrative. The buildings completed by the studio include two structures that are "connected by a podium topped with a roof terrace." What is most striking about the latest addition to the skyline of Kuwait City is the strong visual impact that the tower facades have. For the intricate construction of the building's somewhat illusory exterior, Gensler referenced "vernacular Arabic architecture," drawing on the deeply internalized traditions of the city.

Specifically, the composition of the engaging tower facade embraces " the concept of enclosing windows behind a latticework screen called a mashrabiya," the main purpose of which is to provide shade and privacy for individuals.