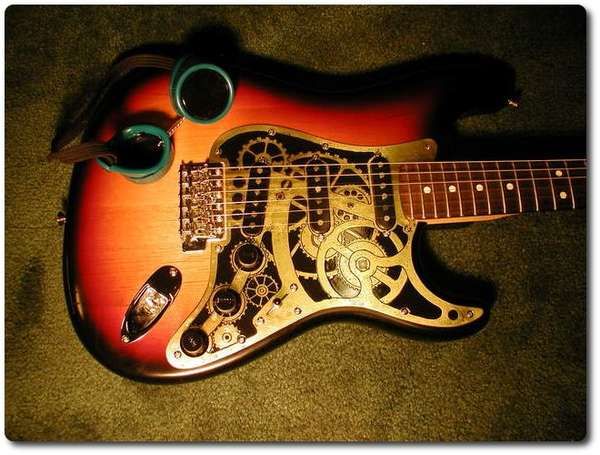 Faking the antique appearance of the Victorian era devices has become a widely used element of modern art and design. Aside from a heavy use of brass, etching, and copper-plating, a prominent element often featured in steam punk design is the ability to see the "guts" of something, whether its the cogs of an antique clock, or the engine of a mechanical object like a plane.

Trend Hunter has seen so many steampunked items which add these old fashioned, rusty details to interior design items, gadgets and accessories, so we thought we'd bring them together for one, big steampunked post. Featured as the main image on this post is the Steampunk Stratocaster, a clockwork guitar.
4.6
Score
Popularity
Activity
Freshness
Get Better and Faster