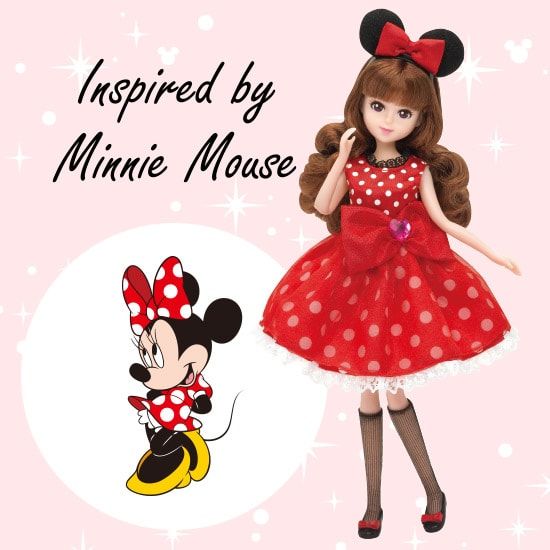 Katherine Pendrill — February 3, 2017 — Life-Stages
References: tokyodisneyresort.jp & google
Share on Facebook Share on Twitter Share on LinkedIn Share on Pinterest
To give children a new way to interact with their favorite childhood characters, Disney Tokyo has created an adorable new line of fashion dolls. With stylish clothing and accessories inspired by beloved characters such as Minnie Mouse and the Cheshire Cat, the dolls put a high-fashion twist on some of Disney's most famous films.

Tokyo Disney's new fashion dolls consist of six human characters decked out in nostalgia-inducing outfits inspired by Minni Mouse, Daisy Duck, the Cheshire Cat, Marie from 'The Aristocats' and both Alice and the Queen of Hearts from 'Alice in Wonderland.' Despite being inspired by cartoon characters, each doll comes with contemporary fashion accessories such as high-heeled shoes, hair bows and even leg warmers.