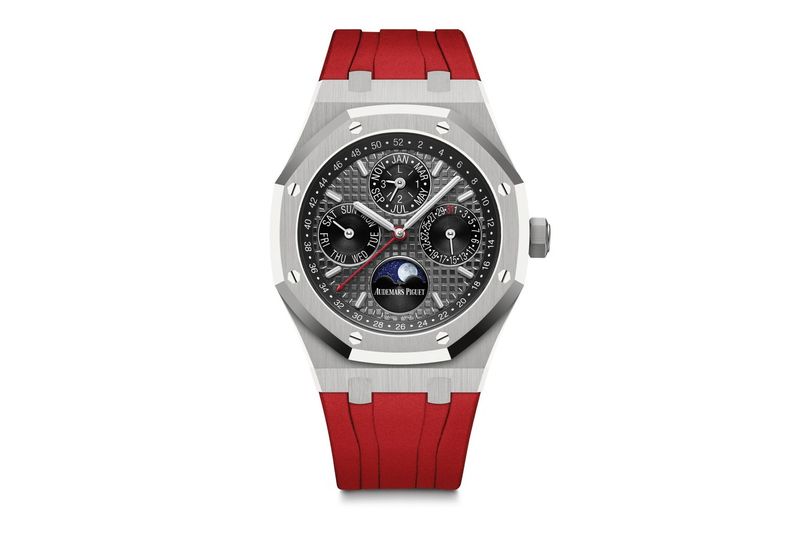 Daniel Johnson — January 20, 2020 — Fashion
References: audemarspiguet & hypebeast
Audemars Piguet recently revealed a new watch named the 'Chinese New Year Titanium Royal Oak Perpetual Calendar,' and it will have a limited edition release of only 88 models. The number 88 was chosen due to its relevance to Chinese culture, and the watch will be exclusively sold in Chinese markets.

The watch features a 41mm case and a band that was constructed from titanium. Black subdials were also included in the design of the watch.

Michael Friedman, the Head of Complications at the company spoke about the new watch, “For well over 200 years, beautiful and complex watch mechanisms from the Vallée de Joux have been made especially for China. Audemars Piguet is honoured to continue this historic tradition with the creation of this highly contemporary Royal Oak Perpetual Calendar in titanium made for the Chinese market.”