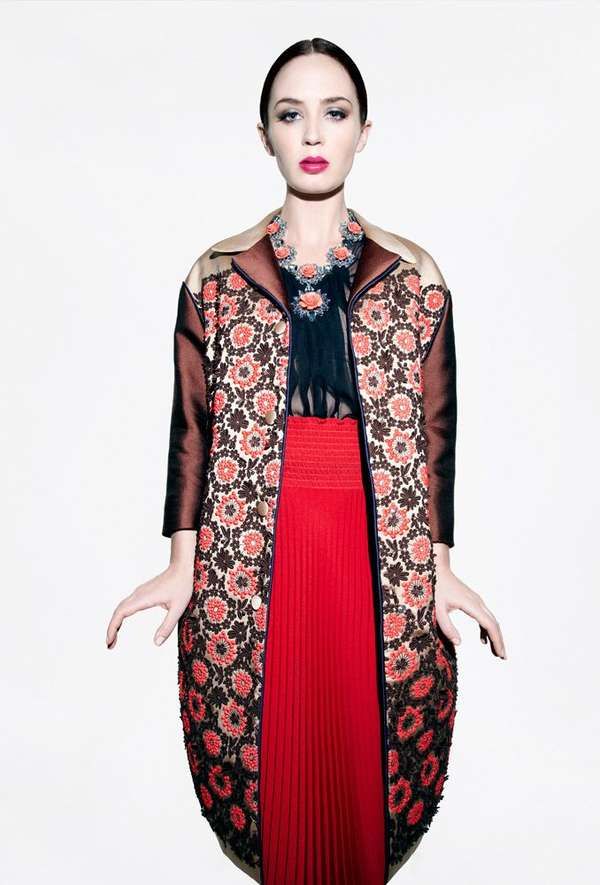 Rebecca Byers — March 19, 2012 — Pop Culture
References: celebrity-gossip.net & xaxor
Share on Facebook Share on Twitter Share on LinkedIn Share on Pinterest
Actress Emily Blunt stars in the cover story for the Time Style and Design Spring 2012 issue in an unemotional, stylish shoot featuring some of the season’s most impressive hats, fascinators and sunglasses. While many of the shots are extreme close-ups, Emily is featured in a regal pink rose-embroidered coat that works despite the lack of shape.

In the Time Style and Design Spring 2012 interview, Emily Blunt discusses the first of her upcoming new film releases and of her crush on President Barack Obama, whom she had the chance to meet recently. Emily was captured by photographer Peter Hapak for Time Style and Design, and was outfitted in looks by Stella McCartney, Prada, Chanel and Yves Saint Laurent.

For the cover shot, Emily wears a black version of the theology-inspired Balenciaga hat that has been making waves in editorials and in the front row of the fall/winter 2012 shows.
2.8
Score
Popularity
Activity
Freshness
View Innovation Webinars