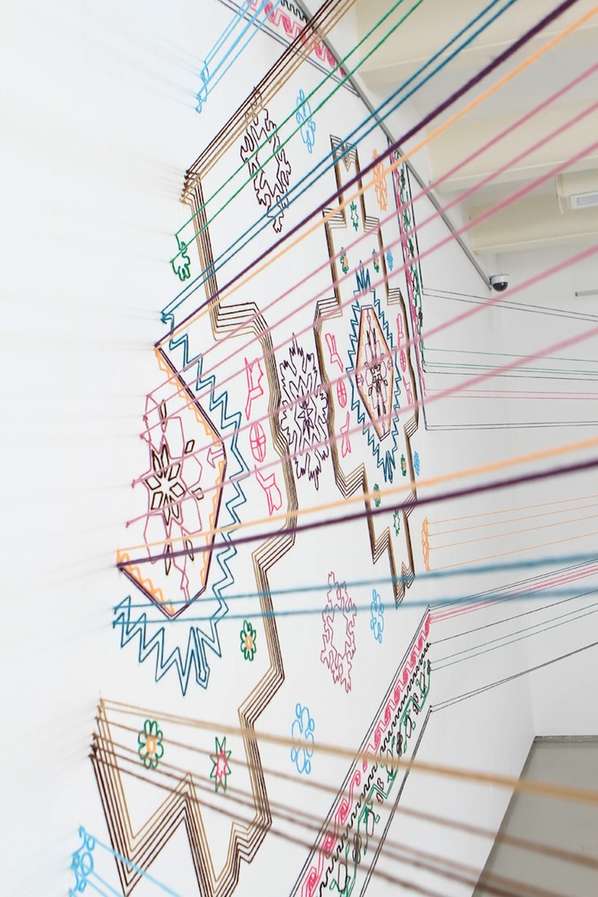 The Thread Installation by Faig Ahmed Deconstructs the Common Carpet

Meghan Young — August 31, 2012 — Art & Design
References: faigahmed & mymodernmet
Share on Facebook Share on Twitter Share on LinkedIn Share on Pinterest
While the Thread Installation by Faig Ahmed, an artist hailing from Azerbaijan, appears to be unravelling before people's very eyes, it is actually a static art piece. Modeled after Middle Eastern carpets, the straightforwardly titled artwork is made up of various colored strings. Similar to Gabriel Dowe's Pexus Series in that the vibrant threads shoot out from the wall in a geometric fashion, it also diverges due to the central pattern they originate from.

The ultimate breakdown of the Thread Installation by Faig Ahmed forces people to think about philosophical concepts revolving around the deconstruction of objects as well as more obvious thoughts about the making of rugs. Ahmed states, "I’m changing habitual and visually static objects making them spatial, giving them a new depth."
2.1
Score
Popularity
Activity
Freshness
Get Better and Faster