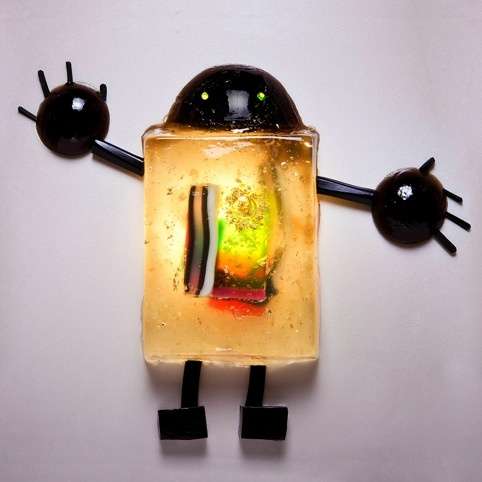 The World's Most Expensive Jelly Robot is Waiting to be Found

Inspired by Wes Anderson’s Made of Imagination ad for the Sony Xperia cellphone, these jelly robots have escaped and can be found around the UK. Since its release, two have been found so far and one is supposedly still out on the loose. Bompas & Parr are known for its elaborate jelly stunts, like the boat lake made out of green sweetener and the golf cake made entirely out of cake.

Made out of an extremely expensive jelly, these three robots are worth an expected $7,346. What makes these candies so expensive is the amount of luxuries infused into them, such as white truffle valves, golden cogs and gemstones. This stunt was commisioned by Sony in celebration for the finale of the Sony Xperia campaign.
2.4
Score
Popularity
Activity
Freshness
Get Better and Faster