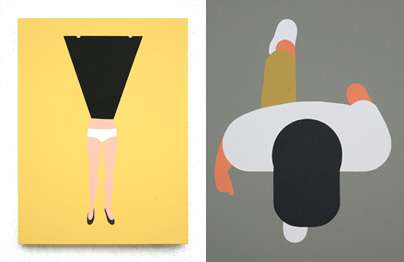 Meghan Young — May 15, 2011 — Art & Design
References: championdontstop & itsnicethat
Minimalist illustrations like those seen in The Westest Show art series never get old. Quirky and fun with an element of iconic imagery, they always end up looking as though they can stand the test of time generation after generation.

Illustrated by graphic designer Geoff McFetridge, who is part of the Champion Graphics Studio based in Los Angeles, The Westest Show art series was unveiled at the Half Gallery in New York City. An incredibly simple collection of images, there is nothing extremely clever about each piece. Instead, The Westest Show art series seems set on being a completely unbiased, yet highly observant collection of work that focuses on everything from people to animals and even shoes.

If you're in New York, I suggest seeing The Westest Show in person.
6.4
Score
Popularity
Activity
Freshness