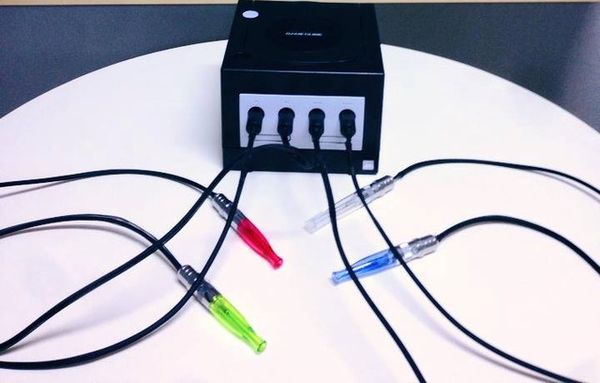 The VapeCube Turns an Old GameCube into a New Hookah

Michael Hines — December 11, 2013 — Tech
References: kotaku & technabob
Share on Facebook Share on Twitter Share on LinkedIn Share on Pinterest
The GameCube may be irrelevant when it comes to gaming, but the Nebula Vaping Lounge is attempting to bring it back to relevance with the VapeCube. The VapeCube is a Nintendo GameCube repurposed to act as a hookah or vaporizer. The hoses attach into the controller ports, meaning that the VapeCube can support up to four hoses/smokers.

Upcycling old consoles/game cartridges is nothing new. However, not many crafters turn their attention towards the GameCube, choosing instead to work with older and more “retro” consoles and cartridges. The Nebula Vaping Lounge, located in Mesa, Arizona, is selling the VapeCube to interested parties. A wired version sells for $199 and a wireless version sells for $249. No word on whether or not you can play “Mario Kart” or “Super Smash Bros” while you smoke.