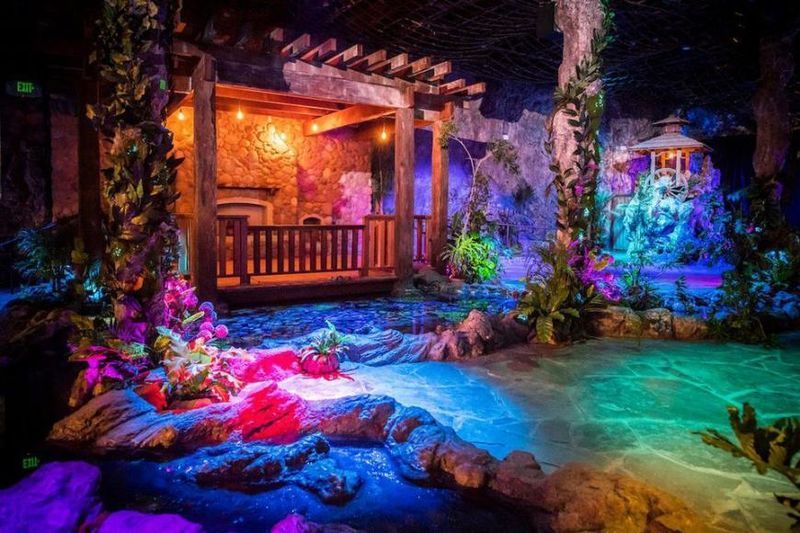 'The Unreal Garden' Invites Viewers to Touch and Manipulate the Art

Justin Lam — November 15, 2018 — Art & Design
References: onedome.global & luxurylaunches
Share on Facebook Share on Twitter Share on LinkedIn Share on Pinterest
Created by immersive media company Onedome, 'The Unreal Garden' is an incredible AR art exhibit that invites viewers into a magical tech wonderland. Combining all the elements of reality -- namely the physical and spatial -- 'The Unreal Garden' invites guests to touch, feel, and interact with realistic natural forms such as a waterfall, pond, stream, and hobbit house. Various plants are rendered in AR and showcased in their natural form, while the environments react completely to the way a viewer interacts with it.

According to Onedome's Chief Strategy Officer Leila Amirsadeghi, "With The Unreal Garden, we are updating the art gallery experience for the 21st century to make it feel more open and welcoming to everyone." This is the driving force behind 'The Unreal Garden' as it breaks traditions surrounding art exhibits and how viewers partake in the experience.
5.2
Score
Popularity
Activity
Freshness
Get Better and Faster