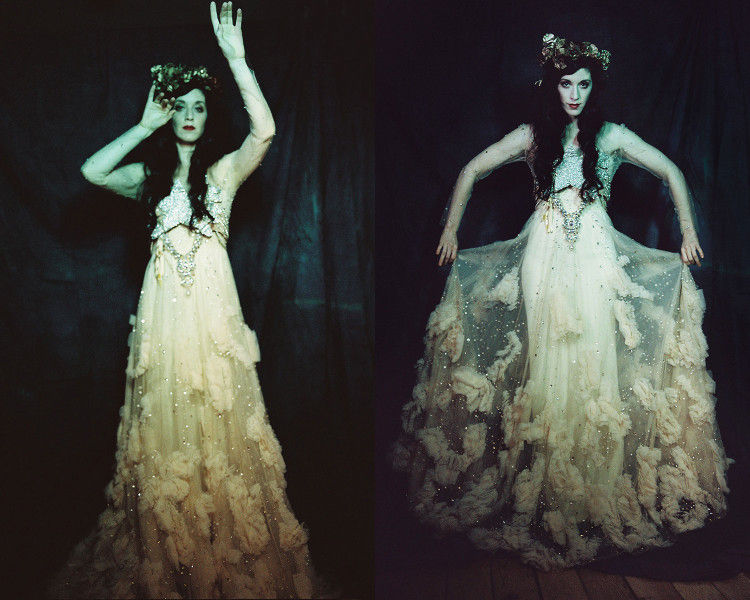 The Sorceress Exclusive for The Glamourai Embraces Occult Themes

Sporting a designer-enriched wardrobe, the model poses in embroidered and embellished gown looks from luxe label Reem Acra. Styling for "The Sorceress" editorial exclusive is courtesy of Kelly Framel who works alongside makeup artist Ana Sicat to bring this fashion story's occult-inspired theme to life.

Sarah Sophie Flicker is an artist, writer and creative director of The Citizens Band. "She is also the Editor-At-Large for Lula Magazine, a writer for HelloGiggles and Rookie Magazine, and a mother of three with husband Jesse Peretz, a director on HBO’s Girls.