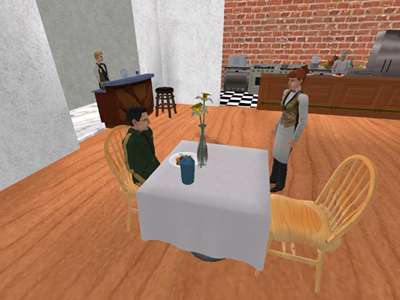 Your Chance To Be A Video Game Designer

thischick — May 3, 2007 — Pop Culture
References: web.media.mit.edu
Share on Facebook Share on Twitter Share on LinkedIn Share on Pinterest
Attention gamers everywhere! Interested in helping MIT Media Lab test their multi-player research game "The Restaurant"? It's available online to test out. The goal of the game is to take as many online "real multi-player" algorithms as possible and turn them into a single player game that isn't limited in it's game play to programmer decisions, but rather, human decision-making processes. Once they've gathered enough data, they will implement it in a game they plan to release at the 2008 Independant Games Festival. If you are interested in testing it out, go to The Restaurant Game and give it a try. A nice bonus is that your name will be added to the game's credits as a designer when it's released in 2008.
4.7
Score
Popularity
Activity
Freshness
Get Trend Hunter Dashboard