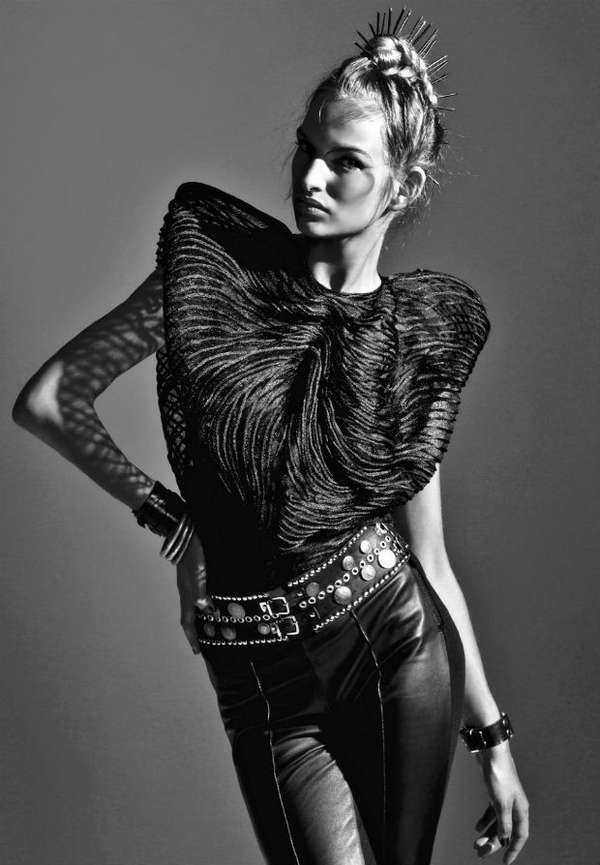 Meghan Young — October 31, 2011 — Fashion
References: lovesexdancemagazine & fashionising
The New Black photo spread would have women around the world putting away their color-blocked outfits for something much darker and meaner. Since this is the month for witchcraft and witchery, it is only natural that women should look the part. Even after Halloween is over and done, the winter months are often considered the best time to rock the all black look.

Shot by fashion photographer Sergio de Luz for the Love Sex Dance magazine's autumn issue, The New Black photo spread is not only dark, it is pretty dramatic as well. The edgy, ebony looks is sure to bring to mind demonic dominatrixes, which probably inspired more than a few Halloween costumes this year. The looks are so arresting that de Luz opted for a simple backdrop to show them off.
6.1
Score
Popularity
Activity
Freshness