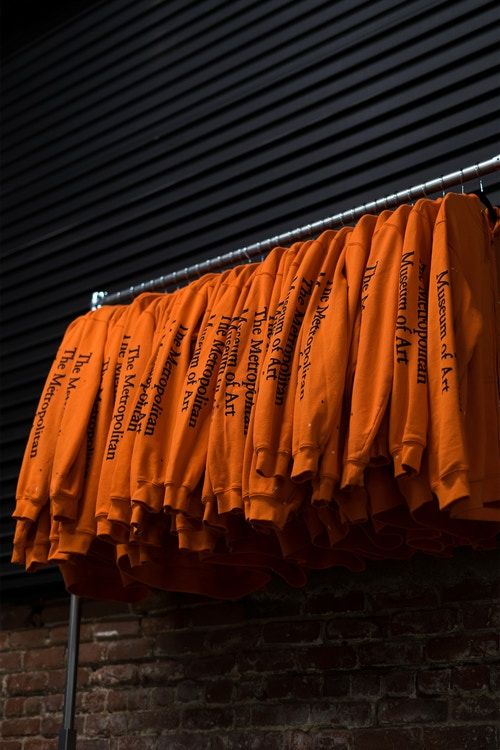 The Met Hoodie Was Styled After This Year's Gala Theme

Much like this year's Met Gala looks, this stunning orange number is sure to help one stand out from the crowd. The look nods toward this year's controversial event theme of 'Heavenly Bodies: Fashion and the Catholic Imagination' and features some motifs that reference this theme throughout. The back of the sweater features black print that's reminiscent of the cards invitees would have received, stating the theme, date and event name. In addition, this look features a tarot-inspired illustration of the Death and High Priestess cards, with both figures sharing a liking to Anna Wintour.